ZeroCool is a Fighter featured in Bleeding Edge. Rising from the Brazilian favelas into fame and fortune, he is a prodigious young hacker, techhead and celebrity professional gamer, with a big ego to match his brilliant tech skills and generosity. He has had an unending love for video games since infancy, is fluent in 1337 speak and gaming lingo, sports his own personal suite of custom cyberware, and has a considerable skill for avoiding any sort of manual physical labor that doesn't involve "actions per minute." He joined the "Bleeding Edge" gang at only 15 years old to hang out with fellow high-caliber cyberheads like himself and to assert his dominance in a new test of skill: the underground cybernetic fight clubs. He is currently the youngest human member of Bleeding Edge (the actual youngest member being Mekko the dolphin).

Under the rusted roofs of Rio’s ruins, a dust covered toddler with endless energy named Musaazi Zelev lost himself in his first video game and saw into his future.

A life that would grow him into a tech prodigy, a phenom hacker, and finally a famed pro gamer under the mnemonic moniker of ZeroCool. With success at his fingertips, ZeroCool’s newfound wealth feeds his impoverished friends and family, while his insatiable ego over-eats off the super-sized celebrity.

Armed with self-designed augments, looking for a new game to dominate, the outspoken teenager wants more. And he’ll find it at the Bleeding Edge.

"A back-line support with a persistent heal beam."

ZeroCool is a premier back-line support with a potent single-target heal, complemented by basic ranged attack capabilities, crowd control, and mobility to ensure both he and his allies can stay in the fight for as long as possible, as long as he stays out of it.

The main attraction is Recharge: a powerful single-target beam that provides major healing-over-time for an ally that can top off their health quickly and stave off death for a few seconds longer in the middle of a pitched fight. Recharge is only limited by its reduced performance if it's active for too long, so the Brazilian wunderkind shouldn't expect to turn it on and let it run constantly while expecting the same performance; he has to be willing to let the beam cool down for a few seconds before it's ready to go at full power again. ZeroCool can't use Recharge on himself, and that's where his Defrag passive comes in, allowing him to regenerate his own health as long as no enemy gets their hands on him.

Fortunately, healing is not the only thing ZeroCool brings to the table. His Arcade Gun and Bot let him offer consistent, if only nominal, ranged damage, allowing him to contribute to fights from relative safety while his heal recharges. Firewall is great for temporarily denying an avenue of attack for the enemy team, to cut off a fleeing enemy's escape, or to lay down a roadblock for pursuers if he (and any allies, but mostly he) needs to make a hasty retreat. As for escaping, the aforementioned Firewall can block off pursuers in tandem with his Nitro double jump, letting him reach higher ground faster and get away from persistent melee attackers. In a fight, staying behind his team and away from the main combat is critical to success. ZeroCool is a typical high-value target to get focused and picked off, and he knows it, as removing him from a team fight picture denies his team an extra body during a fight, if not an important source of healing and support. Getting attacked denies his Defrag passive, and with only average stamina and Nitro for vertical mobility, he needs to know his options for getting to safety quickly and ensure his team has his back if it comes to it. His supers provide different avenues of increasing his team's longevity and staying power during a fight. Upgrade Protection provides his whole team with extra damage resistance, slowing down incoming damage and letting him get to work recovering everyone's health; meanwhile, 1UP lets him save the life of a single teammate at death's door, effectively giving them two health bars instead of one, and that can sometimes be enough to swing a fight in his team's favor. 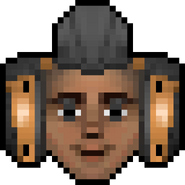