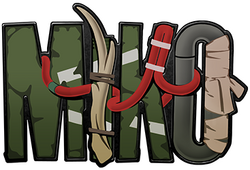 Miko is a Fighter featured in Bleeding Edge. A proud, poised and graceful South African tribal warrior-maiden, she was raised humble but fulfilled, heavily steeped in her Xhosa culture and lineage. A deadly sickness saw her exploited by the Human Augment Systems corporation, unwittingly signing away her freedom to be cybernetically augmented and tortured by her captors. But her spirit never broke: her traditions, training and rage saw her escape her bindings, and she quickly fell in with the "Bleeding Edge" gang of ragtag cyber misfits. She joins their underground pit fights to honor both her Xhosa heritage and her newfound family.

Despite being born into harsh conditions and relative poverty, Miko grew up happy, in a loving extended family unit, rich with their Xhosa ancestral heritage.

As a young girl, she mastered her clan’s ruthless fighting techniques under her grandfather’s guidance. She would endlessly educate herself in her people’s traditions and rituals.

But when Miko was diagnosed with a deadly new plague virus, she reluctantly left her family for the chance of a cure via experimental nanobot treatment. But little did she know what she was signing up for.

They would augment and encage her, torment and enrage her, but genetic resiliency would soon fuel a spirited Miko. She would have her freedom, and on escaping HA's facilities, would be whisked to safety by a young man in a demon mask.

"A melee support who generates life on hit and can protect her teammates."

Miko is a devoted melee support who, unlike other ranged supports, reaches her full potential deep in heat of battle. The proud Xhosa warrior-maiden best serves her team by standing alongside them in pitched combat, healing them by dealing damage herself or with a generous multi-target burst heal, and providing both offensive and defensive crowd control with her dome shield and ranged freeze, complemented by supers that further boost her team's survivability in direct or indirect means. Of course, being a support makes her a high-value target even in the chaos of close-quarters combat, but she is well capable of defending herself.

Miko has two different main heals. Her more obvious heal is Chain Heal, her main burst heal on a fairly short cooldown that provides a quick shot of health to two allies (herself included). Her less obvious heal, her Regenerator passive, allows successful basic attacks with her staff and kicks to quietly heal whoever has the lowest health around her, whether herself or an ally in need. Regenerator, combined with Chain Heal, is what encourages her general playstyle: being aggressive and getting stuck in with her team to deal damage not only helps take down opponents but also helps keep her team going between her bigger team burst heals.

Kinetic Shield affords Miko and her team ranged protection, whether guarding against ranged attacks or cutting off beams, leaving enemy melee stranded from their ranged backup. Stasis provides a short but very powerful crowd control to a single target, and its versatility lends it to a wide variety of scenarios: a combo extender, an interruption, a gap closer, an escape tool (combined with her high stamina), and so on. Her two supers provide different forms of longevity and utility for her team: Life Force is a concentrated single-target super heal that can keep an ally going in the heat of battle, while Stalker helps her team either disengage from a messy fight or stalk enemy team members and potentially launch an ambush from stealth, either case allowing her (and her team) to hopefully engage on her own terms. 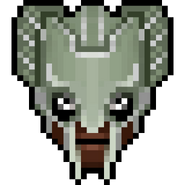 Miko under mask
Community content is available under CC-BY-SA unless otherwise noted.
Advertisement