Edit
watch 01:40
The Sandman Will Keep You Awake - The Loop
Do you like this video?
Play Sound

Mekko is a Fighter featured in Bleeding Edge. He is technically the game's first post-launch character, released the week of April 27, 2020.

Mekko is a dolphin, born in Japan in captivity, experimented on and tortured in order to become a living weapon by his corporate handlers. This torture fostered a hatred for humans in the sea creature, but he would see a new side to humanity when the "Bleeding Edge" gang, a group of human cyberized misfits, rescued him from captivity and forcibly scuttled the corporate operation. Enamored by these humans who would call him "family," he mounted a quadripedal "crab" mech suit that lets him speak with them, and he joined their squad, finding solace among these humans who would help him in his revenge against Human Augment Systems. Mekko is technically the youngest member of the Bleeding Edge, at only 10 years old.

Once upon a time in 2045, a baby dolphin named Mekko was born. Cuter than a billion buttons, the bright eyed and split tailed mini-mammal had a whole life ahead of him.

A life of captivity and torture, as living property of a devious corporation, being slowly modified into a biological sonic weapon, the sole survivor of binary communication experimentation, to cause destruction and agony as his sole purpose in life, just like the rest of the oceanic experiments encaged around him. Yay!

But not all humans are evil, and the Bleeding Edge would prove true. They would rescue the marinated chatterbox and shut down all the psychotic aquatic bionic operations.

So while this odd pod of misfits sought similar vengeance on H.A., Mekko’s new life of trash-talking and crab-walking would begin.

"A ranged tank with limited mobility who can pull allies to safety. Mekko uses an active shield to absorb damage in orbs that can be used to empower his attacks."

Mekko the dolphin is a ranged tank who loves to keep his friends close and his enemies not quite as close. He doesn't quite get in the face of his enemies like other tanks - though he can if he wants to - and instead prefers to pepper his foes with ranged damage while keeping his allies out of trouble and close to him to benefit from his boosts. His special bubble shield provides on-demand armor when he needs to protect himself; in fact, he counts on protecting himself with that shield so as to eventually power up his specials with bonus effects to make them even stronger, rewarding fine defensive play with greater power.

Mekko has no stamina charges and lacks real mobility outside his Surge dash attack, which has a relatively long cooldown, so positioning is important for him to function at his best; he needs to keep his surroundings in mind when establishing his domain and have an escape route planned if he needs to take off. Fortunately, he is not without ways to defend himself. His primary source of survivability, and the core piece of his kit, is Bubble Block; this summons an on-demand bubble shield that gives him armor to absorb enemy attacks. The shield will have to recharge when it gets low or risk getting popped and rendered unusable for an extended time. In fact, however, Mekko wants to absorb attacks with Bubble Block, as blocked attacks provide fuel for the other core part of his kit: Power Orbs - stored stacks of power that can be spent while Bubble Block is active to activate EX Specials, augmented versions of his regular Specials.

Mekko's Sonar Gun is his primary source of damage, plinking enemies at range and discouraging them from getting close. Lifeline is how a ranged tank like Mekko protects his allies - attaching a tether that redirects part of his friend's damage to himself (which he can also block with his bubble shield) and reeling them back to his side if they're especially stuck in the fire and need help getting out; EX Lifeline gives his friend an extra shield to further mitigate their damage. Safety Zone is how he encourages his friends to stay close to him while asserting his own domain, creating a zone that gives him and his allies damage resistance and lifesteal to stay in the fight longer; EX Safety Zone exacerbates this by giving his enemies reduced healing at the same time, discouraging them from further invading the sea mammal's space with one of the rare instances of anti-healing in a Fighter's base kit that doesn't involve mods. If he really wants to force control of his personal space, Surge lets him charge forward and bash any enemies out of his path, great for clearing a zone, if he needs to make some space away from the front, or if he wants to isolate a particular enemy by repeatedly shoving them backwards with multiple tackles; EX Surge provides additional health regeneration at the same time, improving his self-survivability in a pinch. Mekko's supers are how he even further declares his own domain and controls his space. Sonic Barrage provides considerable damage and pushes away all enemies who get caught listening to the dolphin's lovely singing voice, while Exclusion Bubble greatly dictates the pace of a fight by forcibly removing a single enemy from action in a bubble, letting his allies play the numbers game while his enemies have to free their friend from their bubbly prison or risk being down a man for the upcoming fight. 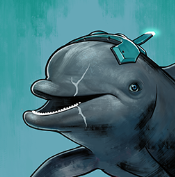 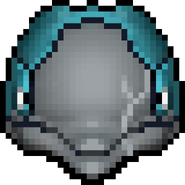