Maeve is a Fighter featured in Bleeding Edge. A mild-mannered Irish grandmother, she has always been fascinated since birth by the natural and the supernatural, especially that beauty and folklore of her idyllic Irish countryside that she never left. As she lived a full and wholesome life as a teacher, mother and eventual grandmother, her mind never wandered far from images of faeries and magic and especially witches. Eventually, in her advanced age as a wheelchair-bound widow suffering from depression, one of her grandchildren - gifted in modern science and engineering - gave her a floating bauble that granted her the power of kinesis, to freely move around. Finally inspired to live her dream, she stylized herself as a modern witch and travelled the world, eventually settling in with the "Bleeding Edge" gang, whom she sees as the bright light in the darkness that can save and protect the peace, beauty and nature of the world.

"A ranged caster who can trap enemies. Best used by advanced players who can exploit her ability resets."

Maeve is a ranged cannon of an executioner, capable of explosive long-ranged damage and with a number of witchy tricks to protect herself, cause havoc, and secure kills.

Securing kills is especially important for the Irish grandmother, as it all ties to her Schadenfreude passive, which resets the cooldowns on all her specials when she scores a killing blow. Most of her arsenal of spells have hefty cooldowns, and if she is not triggering Schadenfreude, she is not fighting at her full potential. For this reason, as previously mentioned, she is best served as an executioner, committing to an offensive with her team but saving her spells when she is certain she can score a kill, if not a killing blow, or otherwise needs to ensure an escape if things go bad. Secure a kill, reset all cooldowns with Schadenfreude, and do it again: that's how Maeve gets the job done.

Zap! provides consistent ranged damage, but the real breadwinner for damage is Siphon Life: not only does it deal exceptional damage and heals Maeve at the same time, but it deals a large number of damage ticks per second, which helps ensure she can land a killing blow with it in between attacks from her allies. Cage is her single-target crowd control, cutting off an enemy trying to escape or at least hold them in place while the rest of her team pounces on her victim. The go-to tactic is to get an enemy to low health, trap them with Cage, then immediately hit them with Siphon Life to secure the kill before they can get away. With average stamina to go with it, Vanish is Maeve's panic button, turning her invincible and invisible so she can slip away from a bad situation; it has an especially long cooldown, so she should save it for when she's really in a bind. Her choice of supers depends a bit on her team cohesion. If she's with a well-coordinated team, Peek-A-Brew! is great for springing an ambush on an unsuspecting target with its global range and its stun. Outside of that, it serves its purpose of getting Maeve immediately into a fight and causing havoc for a bit. Even with that utility, it's difficult to ignore the sheer destructive power of Toil and Trouble, one of the single biggest nukes in the game; if there's any spell that can secure a killing blow (or two, or three, or four), it's Toil and Trouble. 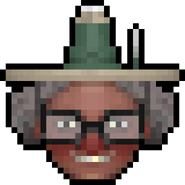