Kulev is a Fighter featured in Bleeding Edge. In a past life, he was a tenured history professor at Cambridge University, enamored by the mystical power of voodoo and driven by a search for immortality. Now, he lives on as his digitized consciousness in the body of a large cybernetic snake puppeting the corpse of his old human body. Unable to fool his peers as to his new state, he was removed from his position at the university. In frustration, Kulev left in a violent huff of accidental arson and travelled overseas to join the "Bleeding Edge" gang of misfits, seeing them as kindred sympathetic to his cause and still driven by his thirst for knowledge and a desire to conquer death.

The eccentric Dr. Ignatius Wright was a renowned professor of history at Cambridge University.

Pushed by his passion in the culture of Voodoo, Dr. Wright would travel the world, absorbing the lore, perfecting the practices, and chasing immortality. And it worked, until age 120.

In accordance with Wright’s last Will and Testimony, his subconscious was granted to friend and maverick computer scientist, Sterling Taylor, for experimentation. And it worked.

His soul was digitised, reborn into data, and configured into an oddity. An automated snake that clumsily parades the mummified cadaver of Dr. Wright to feign inconspicuousness. It does not work.

Officially considered “deceased”, and ejected from his lifetime employment with the university, Kulev now seeks the services of kindred spirit Daemon, to join their common forces, and extend the life and plight of humanity.

"A ranged support for advanced players who uses curses and boons to protect allies and weaken foes."

Kulev is a cunning ranged support who specializes in passive healing, buffs for allies and debuffs for enemies. With the power of cybernetically-enhanced voodoo, he can provide soft area control, bursts of survivability and momentary spikes in damage, with his choice of super allowing him to further lean into his preferred style of empowering his allies or cursing his enemies with one of the most ridiculous forms of hard crowd control in the game. With only average stamina and no real movement skills, and with abilities that encourage staying in one place to be most effective, Kulev is one of the less mobile supports, making him a particularly susceptible high-value target of opportunity if he's not careful and doesn't have friends to cover his back. Still, if Kulev can get past that, he has the capability to subtly guide the course of a fight with his boons and curses.

As healing goes, Kulev is what one might call a "lazy" healer. His only sources of healing are his Lucky Charm passive, which grants himself and his nearby companions a slow, consistent, passive heal, and Sacred Ground, which lays an AoE that heals allies and damages enemies that stand in its radius. The typical play is to drop the ward so that it covers at least one ally and one enemy at the same time, so whether supporting a duel or a pitched melee team fight, dropping Sacred Ground to cover the field and getting just close enough so allies benefit from Lucky Charm is how Kulev does his healing, all while plinking away with his Acid Spit basic attack and using Sacred Ground's effect against enemies for consistent damage and his other specials for momentary spikes of power. This encourages a relatively sedentary playstyle that leans towards holding territory more than fighting on the move, so Kulev pairs well with other fighters who excel at holding ground. Instead of burst healing and damage, he has burst mitigation and weakness. Mitigation comes with Good Omen, granting a relatively hefty shield on-demand to whoever needs it, even himself. As for weakness, when it comes time to focus an enemy down, stabbing them with a ranged Curse for a reduced defense debuff helps the team pile on damage quickly.

Kulev's choice of super lets him go one way or the other when it comes to augmented boons and curses. If he wants to empower his ally, Boon provides a major power spike and helps them run wild with increased damage, defense and speed. If he wants to curse and humiliate an enemy, Bamboozle! provides one-of-a-kind hard crowd control (Kulev's only hard crowd control, at that) by taking control of an enemy fighter and puppeting their movements like a doll. At worst, it renders a single enemy (and Kulev himself) helpless and momentarily lets them contribute nothing. At its best, Kulev can guide an enemy into obstacles and hazards and potentially kill the enemy entirely, especially with stage hazards such as fire pits, trains or off a cliff to let good old gravity do the work. When Bamboozle! works, it works very well. 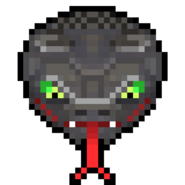